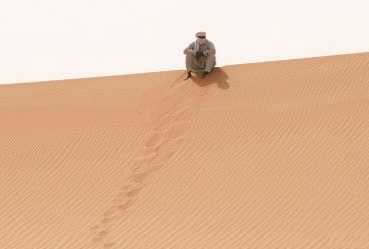 …therefore I am”. (Descartes.)

“The Discourse on the Method” is one of the most influential works in the history of modern philosophy, and important to the evolution of natural sciences. In this work, Descartes tackles the problem of skepticism, which had previously been studied by Sextus Empiricus, Al-Ghazali  and Michel de Montaigne. Descartes modified it to account for a truth he found to be incontrovertible. Descartes started his line of reasoning by doubting everything, so as to assess the world from a fresh perspective, clear of any preconceived notions.

Al-Ghazali has sometimes been referred to by historians as the single most influential Muslim after the Islamic prophet Muhammad. Within Islam he is considered to be a Mujaddid or renewer of the faith, who, according to tradition, appears once every century to restore the faith of the community. His works were so highly acclaimed by his contemporaries that al-Ghazali was awarded the honorific title “Proof of Islam” (Hujjat al-Islam). Others have cited his opposition to certain strands of Islamic philosophy as a detriment to Islamic scientific progress. Besides his work that successfully changed the course of Islamic philosophy—the early Islamic Neoplatonism that developed on the grounds of Hellenistic philosophy, for example, was so successfully criticised by al-Ghazali that it never recovered—he also brought the orthodox Islam of his time in close contact with Sufism. It became increasingly possible for individuals to combine orthodox theology (kalam) and Sufism, while adherents of both camps developed a sense of mutual appreciation that made sweeping condemnation of one by the other increasingly problematic. ” (Source: Wikipedia).

Today, fashioned by modern mores, some key questions in philosophy lead to other questions:

Truth in fiction, the justice of war, reason and action, life and death, knowledge and reason. Each topic can be approached through a set of key questions that lead everywhere and anywhere.

Some topics which form part of a curriculum from the Open University, BBC:

Why do people seek out art that makes them cry? Can a war be fought justly? Can organisations be held responsible for what they do? What might it mean to say that life is sacred? Is science rational?

To study the history of ideas is to study both science and art. And so much more. What are your questions, diversions, answers and dilemmas?

And to limber up, there are lively arguments to tangle with on programmes like BBC Radio 4’s Moral Maze .

N.B. So who will step forward as the new “Mujaddid, or renewer of the faith, who, according to tradition, appears once every century to restore the faith of the community?”  A man or woman for today’s new century is eagerly awaited.  ALL the main “faiths” could benefit from humble but vigorous efforts to detoxify the cultures which have grown up around them…