(With thanks to Libyan artist Mohammed Abiya for the beautiful art.) 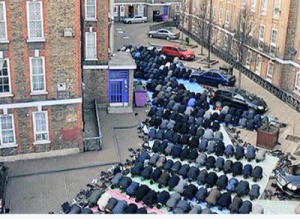 Around five percent of people in England and Wales were Muslim, according to a 2011 census, and there are now over 1,700 mosques across Britain. Today, dozens of mosques all over the country are opening their doors to visitors of all faiths and none. There is no welcome prouder than a muslim welcome, so tables will be creaking with tea and cakes. Guests, too, have been bringing gifts of flowers as well as friendly questions and support for British muslims who have been feeling increasingly misunderstood in the aftermath of the Charlie Ebdo Paris killings.

The secret is out: our population has more in common than we have been led to assume, and occasions of familiarity build a momentum which will not now be turned backwards upon itself. If anybody wants to grapple with a definition of Britishness, the “openness to understanding new ideas” must be up there as a contender. Far too nebulous a concept for diffident Britons to pin on their sleeves, but evidently the only requirement for newcomers to become British is to FEEL British. We are all not a little proud to know that everywhere in this untidily crowded nation there are citizens with such a variety of backgrounds who genuinely want to get to know each other better, over tea and cakes. (Not forgetting the Toast!)

Excerpt from a speech by Dr Shuja Shafi , MCB, on subject: British and Islamic Values:

“To educate the next generation of British citizens, leaders and thinkers, we must put our utmost commitment to ensure they are proud of their own identity, confident about their place in wider society and equipped to understand the challenges and opportunities of life in modern Britain…

Ladies and gentlemen, I am sure I have not helped you in understanding what British values are. Perhaps that is the beauty of our country and our culture. We are quietly proud (apart from football matches), under-stated and unassuming. We don’t know what it is until we see it.” 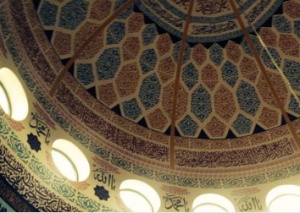